If Module And IModuleList Extensions

Version 2.1.2 was just released and I continue to address bug reports and lingering issues before tackling some more large-scale changes. Some of the more notable changes are below, click here for the full release notes.

The API diagrams generated by the docs recipe have been significantly cleaned up. The directional arrows have been reversed so they now follow more conventional UML standards, and panning/zooming have been added to better support larger diagrams. In addition, some lingering issues such as link behavior in the diagrams has been addressed. 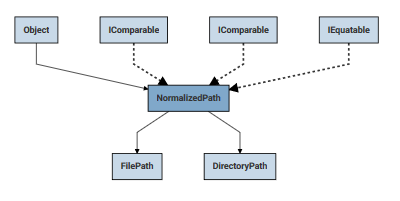 If Module And IModuleList Extensions

Some work was done to make it easier to manipulate an If module (for example, to change a recipe). With these changes you can no write code like the following to get an If module from a pipeline and insert a new module before a specific one:

The BookSite recipe wasn't removed in this release, but very likely will be removed in the next release. If you have strong thoughts about this, please sound off in the issue - it's unlikely I'll change course on this one, but I'd like your input regardless.

I realize this stinks for sites using that recipe, but all the recipes will eventually be merged in v3 and while Blog and Docs have enough in common to make merging them fairly easy, BookSite is totally different and I don't see it surviving the merge. Because of that, when combined with the much lower usage numbers, I just don't see the value in spending time continuing to maintain it. If anyone really needs to continue using BookSite, I'd suggest you stay on the most recent version of Wyam that has it (probably 2.1.2), download the code from that release and continue packaging BookSite manually, or port the BookSite code back into a Wyam config file.